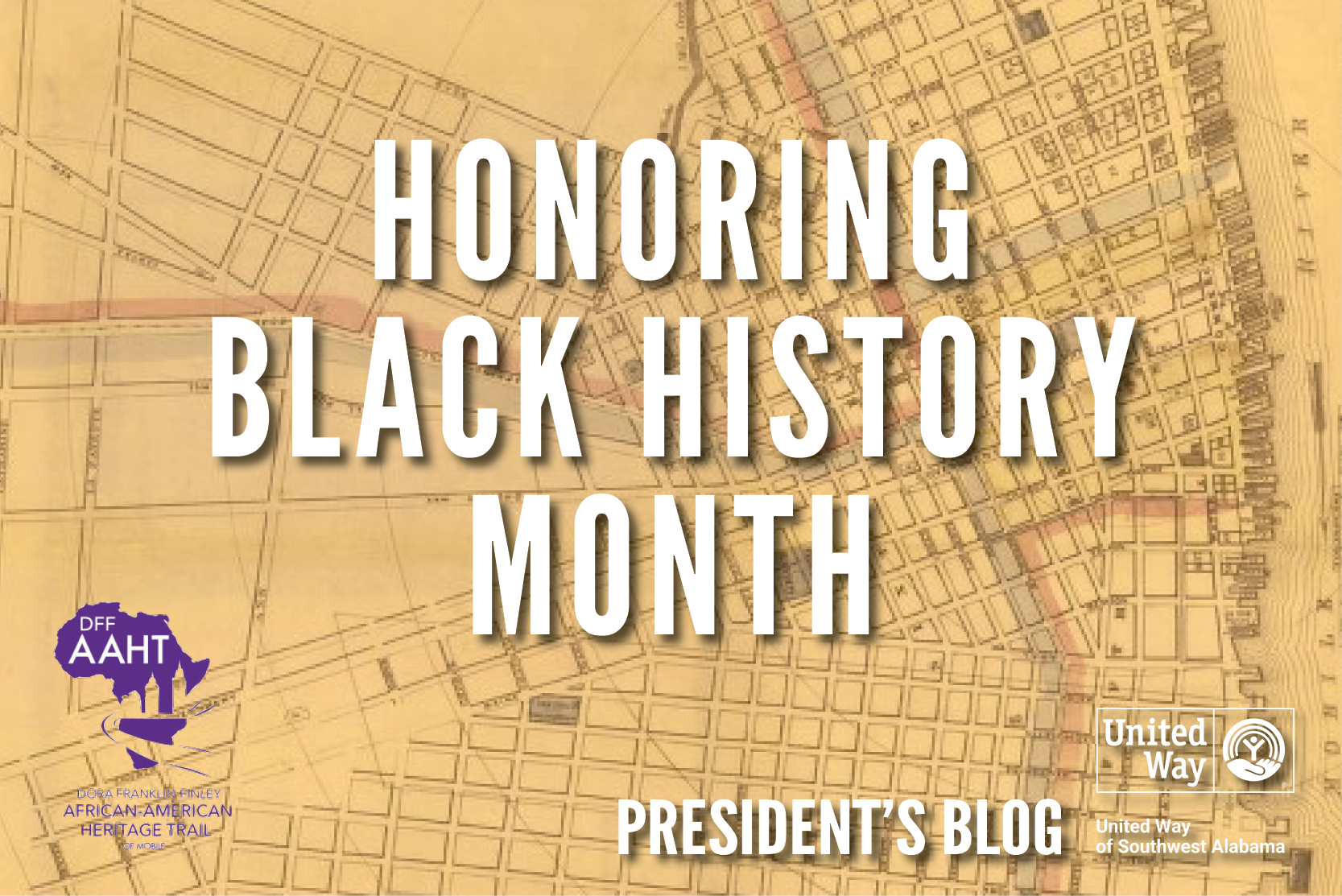 When the UWSWA management team met early in January to discuss Blog topics for each month this year, we decided to aim our February focus on Black History month.

According to the History Chanel website, Black History Month grew out of “Negro History Week,” the brainchild of noted historian Carter G. Woodson and other prominent African Americans. Since 1976, every U.S. president has officially designated the month of February as Black History Month.

In Southwest Alabama, we have the good fortune to have the Dora Franklin Finley African-American Heritage Trail. If you have not taken the guided tour, I highly recommend it. The Trail tells not only the story of African Americans in Mobile, but the story of Mobile itself and the important role that African Americans had and have on this region’s narrative.

The stories along the Trail involve men and women transported to America against their wills and sold into slavery; families who created thriving congregations, which exist today; entrepreneurs who operated thriving businesses; and women and men who fought for their rights guaranteed under the constitution.

So, during Black History Month, I encourage you to visit the Dora Franklin Finley African-American Heritage Trail (https://www.dffaaht.org/contact.php). You can book a tour or download maps and a brochure and do a self-guided tour. At the end of the Trail, you will know so much more about the deep cultural roots of Africans-Americans in Mobile and so much more about Mobile’s history in general.

I hope to see you on the Trail!