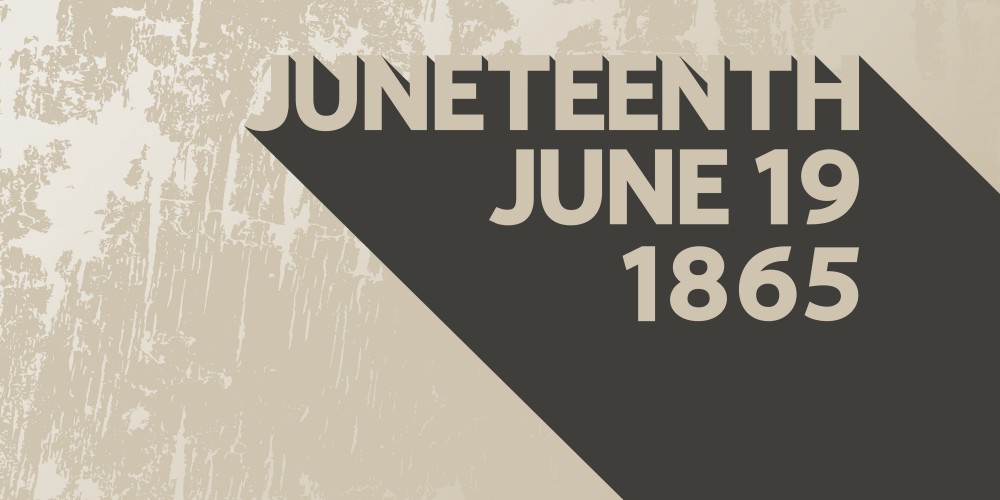 A Reflection on Juneteenth

Juneteenth (June 19) is the oldest nationally celebrated commemoration of the ending of slavery in the United States. Today, Juneteenth commemorates African American freedom, and emphasizes education and achievement.

It’s celebrated across America with block parties, cookouts and educational events. You may not know the history of Juneteenth because until today, it has not been recognized as a federal holiday. If it’s not part of your culture, this may be your first time hearing about Juneteenth.

While the Emancipation Proclamation became effective Jan. 1, 1863, people who owned slaves were responsible for telling them that they were free. Some ignored the order until Union troops arrived to enforce it, according to Cliff Robinson, founder of Juneteenth.com. Texas was the last Confederate state to have the proclamation announced.

On June 19, 1865, Maj. Gen. Gordon Granger informed Galveston, Texas, that President Abraham Lincoln had freed enslaved people in rebel states two and a half years earlier. He urged the community to comply with the directive. And he issued General Order No. 3, reading it aloud to a group of slaves, who were unaware of their freedom. The order read:

“The people of Texas are informed that, in accordance with a proclamation from the Executive of the United States, all slaves are free. This involves an absolute equality of personal rights and rights of property between former masters and slaves, and the connection heretofore existing between them becomes that between employer and hired labor. The freedmen are advised to remain quietly at their present homes and work for wages. They are informed that they will not be allowed to collect at military posts and that they will not be supported in idleness either there or elsewhere.”

Despite the good news, the language used in this order demonstrates fear of social unrest and potential loss of labor. It reinforces the power and privilege of former slave holders by advising the freedmen what to do with their freedom. The language also perpetuates an unfounded stereotype of idleness among the freedmen. General Order No. 3 shows how seemingly well-intentioned actions can construct disadvantages people face in the fight to be viewed as equals.

While the story of Texas’ emancipation may be the most well-known, other significant events in the history of emancipation took place around that date, according to Steve Williams, president of the National Juneteenth Observance Foundation. The first known Juneteenth celebrations began in 1866, and spread across the country as African Americans migrated to new cities.

As we all reflect and celebrate Juneteenth on Saturday, let us also commit to challenging ourselves to build equitable solutions. By doing so we can build a better future together while deconstructing the harm caused by structural racism.

One thing you can do to become a champion for equity is to join United Way Worldwide’s 21-Day Race Equity Challenge.

It’s an easy, thought-provoking way to deepen your understanding of racial equity issues. For 21 days (June 28 – July 18), United Way Worldwide will send you an email with a video, article or podcast about race and equity. It won’t take you more than 15 minutes to digest, but it’ll be meaningful.

By LaToya Stevens is the Marketing and Communications Director at Heart of Missouri United Way in Columbia, Missouri. She is also a United Way Worldwide Fellow.