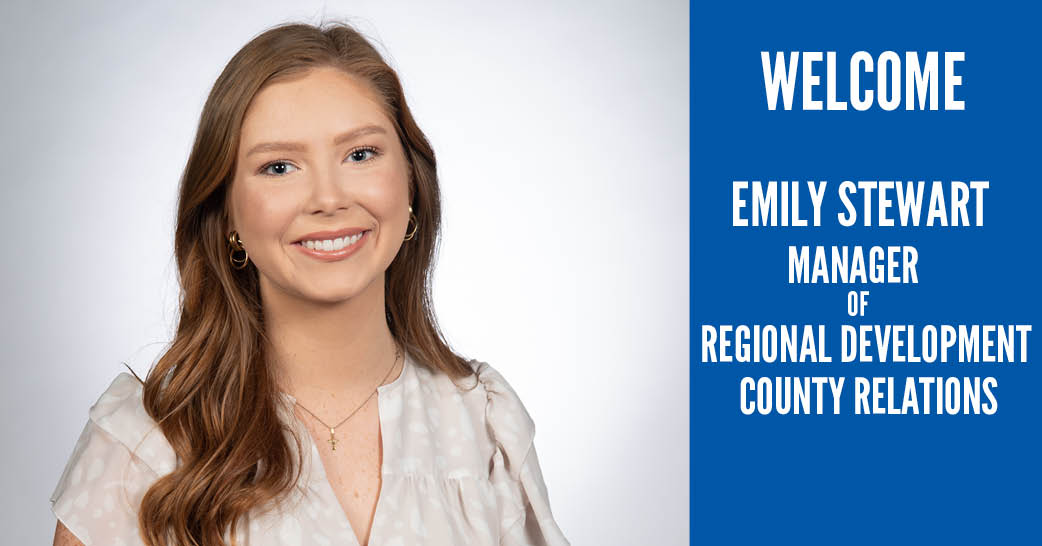 United Way of Southwest Alabama (UWSWA) announces Emily Stewart as the new Manager of Regional Development, County Relations. She will utilize her background in fundraising and volunteer coordination to build key partnerships within the communities of Clarke, Choctaw and Washington Counties.

Emily was born and raised in Jackson, Alabama, and has worked hard to make an impact on her community. After graduating from Jackson High School in 2017, she attended The University of Alabama and received a Bachelor of Arts in Public Relations with minors in both Philosophy and Global & Cultural Perspectives.

In her hometown, Emily has been involved in many organizations, including the Interact Club, Pine City Ambassadors, Relay for Life and was elected to be the youth representative on First United Methodist Church Jackson’s Leadership Committee. She also volunteered for organizations like Jackson Medical Center Youth Auxiliary Program, Drug Court/Court Referral and Bridge Tutoring, graduating high school with over 600 hours dedicated to service.

Upon moving to Tuscaloosa for undergrad, Emily’s devotion to service was strengthened. She began attending First United Methodist Church in downtown Tuscaloosa and was encouraged to volunteer for organizations like the Al’s Pals Mentorship Program, Best Buddies and the Community Soup Bowl. She also began to work for the Tuscaloosa City School system as an English as a Second Language Tutor while serving on two executive boards for her college.

These experiences and many more give Emily confidence in her ability to connect with the community, collaborate with a variety of people and utilize a combination of her education and experience to form trustworthy relationships with donors, companies and volunteers.