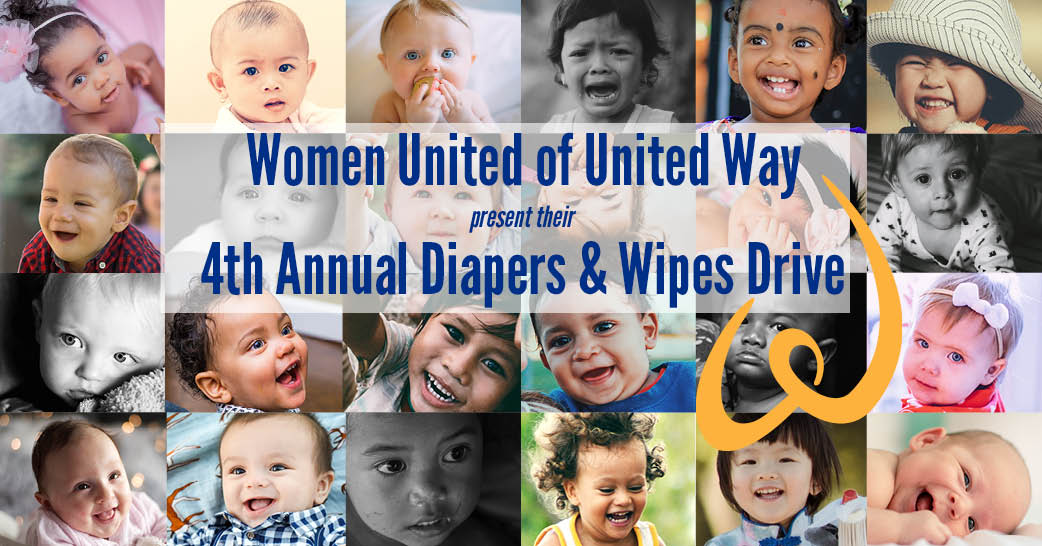 “We greatly appreciated the assistance from the diaper drive” said, Mobile Community Action Community Outreach Coordinator LaKeisha Williams. “Several families were assisted and one in particular was in a tough place financially. The diapers relieved those cost for her three small children instantly.”

A resident at the Sybil Smith Family Village of Dumas Wesley said, “The donated diapers help a lot because it allows me to save money to pay on other bills so that I can move into my own place soon.”

Women United (WU) will be accepting cash donations and donations of diapers for children and adult in all sizes as well as wipes at the UWSWA office (218 St. Francis Street, 36602).

NDNAW draws attention to the issue of diaper need in the U.S.  A signature initiative of the National Diaper Bank Network launched in 2012, the week provides individuals, organizations, communities, and elected officials the opportunity to engage in real talk and simple actions. By working together we can ensure that all babies have access to clean diapers and other basic necessities required for them to thrive and reach their full potential.

ABOUT WOMEN UNITED
Founded in 2002, Women United harnesses the power and dedication of women leaders in our area to transform our communities in Southwest Alabama. Membership is gained by donating a gift of $1,000 or more annually or $1,500 combined with a spouse.