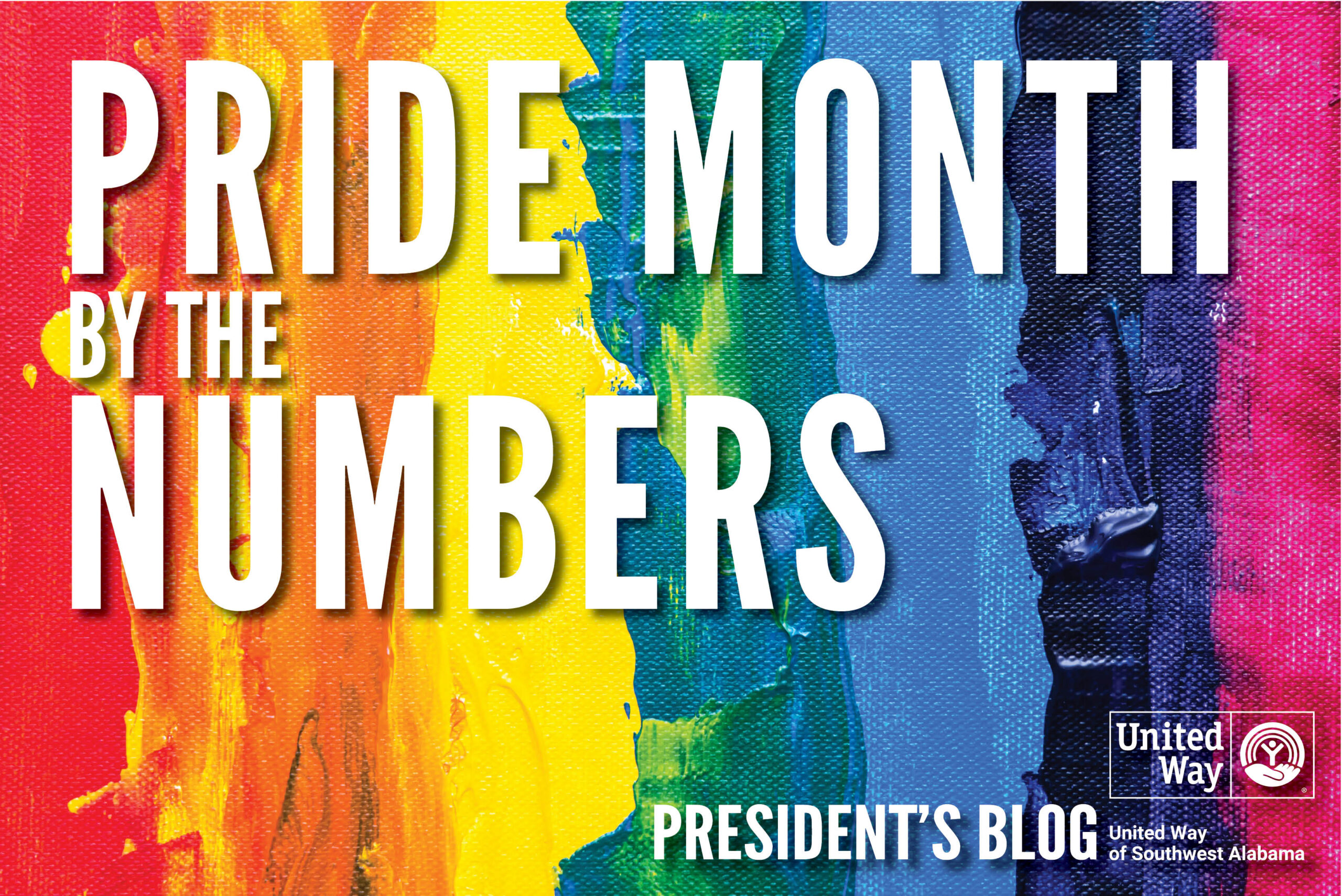 PRIDE By the Numbers

As America celebrates Pride Month, I read many articles regarding its inception, history and the progress made to prepare for this blog.  What struck me is how little progress has been made.

Popular culture and literature paint scenes of the LGBTQ community as successful, rich and happy.  The numbers tell a different story.

These statistics from National Today, Williams Institute at UCLA, HealthyPeople.gov, The Center for Law and Social Justice, GLAAD, and PBS paint a stark reality for the LBGTQ community.

United Way of Southwest Alabama works with 46 partner agencies to fight against discrimination, to provide services for those suffering from domestic abuse, to assist youth experiencing bullying, to provide health care to the uninsured, to give food to the food insecure, to offer mental health and substance abuse treatment for people experiencing depression or addiction, and to provide job training for individuals looking to escape dead end jobs.

If you are a member of the LGBTQ community or someone you love or know is and needs any assistance, please have them call United Way of Southwest Alabama’s 2-1-1, so that you or your loved one can find the services they need. No one should have to live in fear, in hunger, in shame, in poverty, or in depression.