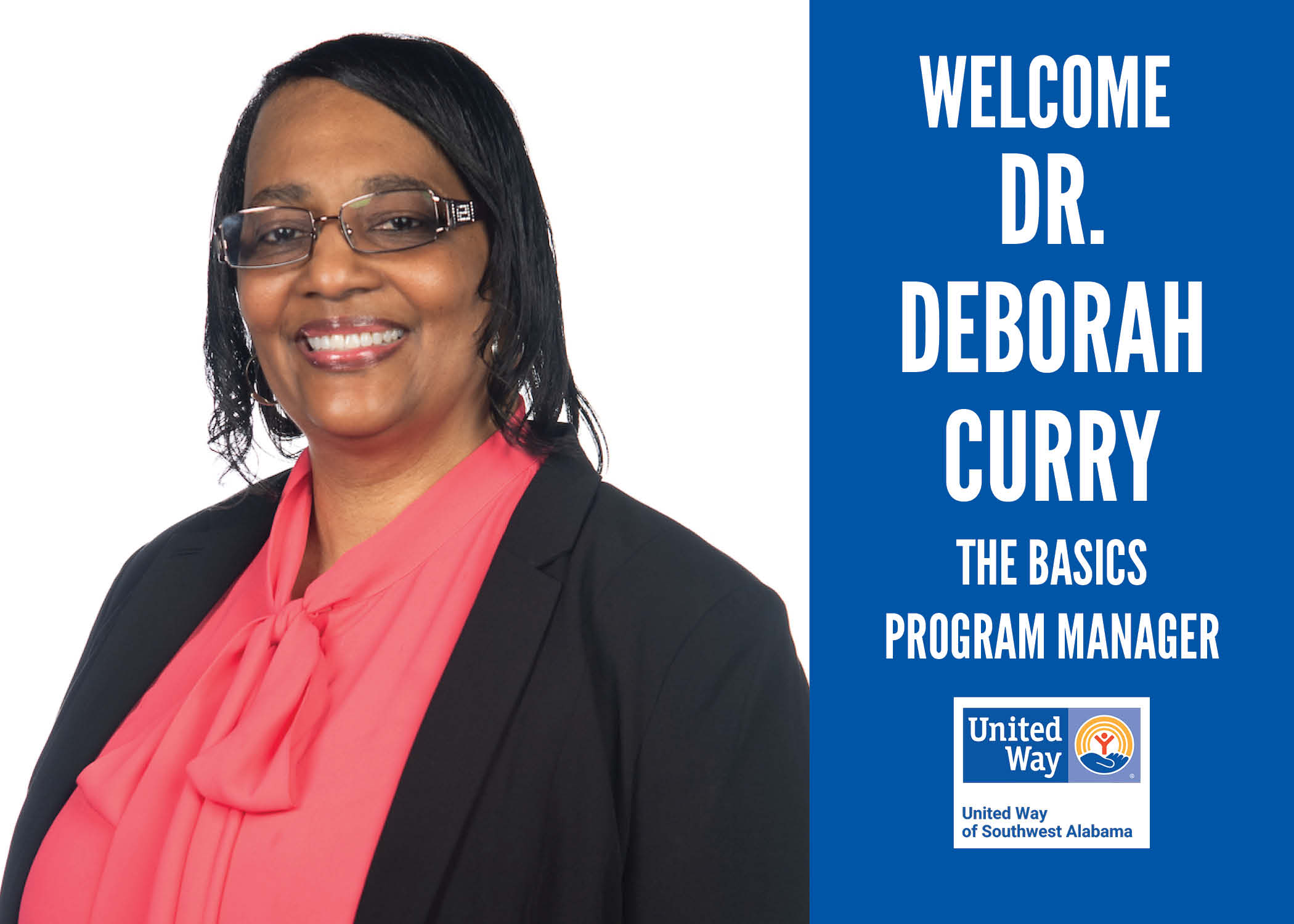 UWSWA Announces Dr. Deborah Curry as the New Program Manager for the Basics

United Way of Southwest Alabama (UWSWA) announced Dr. Deborah Curry as the new Program Manager for The Basics.  By heart, she is an educator. Curry received three education degrees from the University of South Alabama.

In 1996, she received her Bachelor’s in early childhood and elementary education and later returned to earn her Master’s degree in 1999 in early childhood education. Curry returned a final time to her alma mater and received her Master’s in 2005 in educational leadership. She capped her career with an Educational Doctorate in Organizational Leadership from Nova Southeastern University in 2009. Curry wrote her thesis on “Developing a Support Program to Assist First and Second Year Teachers in an Elementary Setting.” Since then, her goal to work with and support individuals has grown immensely.

During her time as an educator with the MCPSS and Mobile Christian School, Curry also worked part-time for University of Phoenix as a graduate-level professor of Early Childhood Education and a student-teacher supervisor for the Mobile and Baldwin County area.

After her time with the MCPSS, Curry became the elementary principal at Mobile Christian School (MCS) to continue her love of helping students, teachers, and the community. In the course of her ten-year term with MCS, she held several key positions. Curry served as the school’s Title II facilitator. As the facilitator, she increased federal funds for the school by receiving Title I, III, and IV funds to assist students, teachers, faculty, and staff. In addition, she was the school’s liaison for the Alabama State Department of Education, ACT testing accommodation coordinator, PowerSchool Administrator, and Accreditation Team Member. After being in education for twenty-six years, Curry took a six-month sabbatical.